Update: Due to low inventory, there may be delays on certain products. Read More

Love Ones in Uvalde; We are praying for you. In God we trust.

Your Browser Is Incompatible

You are seeing this message because we have detected you are using Internet Explorer 10 (or older) to browse our site. Unfortunately, this means that your browser is too old to display our site properly and that certain areas of the site may display incorrectly or not at all. Please upgrade to the latest version of Google Chrome, Mozilla Firefox, Internet Explorer, Microsoft Edge, or Apple Safari in order to view this site.

SEER2 Updates: Everything You Need to Know

January first is right around the corner, which means that our customers need to be ready for the SEER2 update that’s going to take place. While it might not personally affect your decisions right now, it could heavily impact your options and budget for the next few years if you’re inclined to purchase a new air conditioning system or heat pump. Let us explain.

END_OF_DOCUMENT_TOKEN_TO_BE_REPLACED

We know that it isn’t likely that you’re sitting around brushing up on all the latest in the air conditioning industry when you’ve got some free time. That’s why we’re here. We want to pass on our knowledge regarding everything you need to know about air conditioning in San Antonio, TX. We’re going to alert you to five problems that you might be perpetuating in your home.

END_OF_DOCUMENT_TOKEN_TO_BE_REPLACED

Get Zoned Cooling with a Ductless Air Conditioner 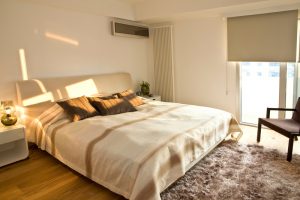 As summer carries on and we keep using our air conditioners on a daily basis, we hope that yours is serving you well. AC maintenance is the best way to ensure this is the case. But of course, there are some instances in which maintenance cannot prevent a cooling system from breaking down, particularly if that system is aging. Most air conditioners, when well cared for, can last about a decade with peak efficiency.

If your system is older than this, and you’re considering a new method of air conditioning in New Braunfels, TX, you’d do well to consider the ductless air conditioner. There are a variety of benefits to doing so, which we’ll get to below. The biggest advantage, though, may be your ability to zone-control your cooling. END_OF_DOCUMENT_TOKEN_TO_BE_REPLACED

Air Filters: What You Never Thought You Needed to Know 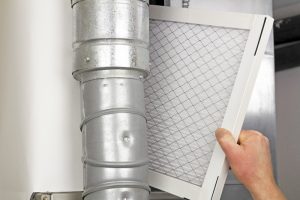 You’ve likely had someone in your life, whether it was an HVAC professional or not, tell you that your air conditioner’s filter needs to be changed. However, the reason why this is so important may be surprising to you.

Most homeowners have the mistaken assumption that the biggest problem with a clogged or dirty air filter is that it contaminates their indoor air—and that this is the reason HVAC technicians tell them to clean or replace it every 1-3 months. END_OF_DOCUMENT_TOKEN_TO_BE_REPLACED 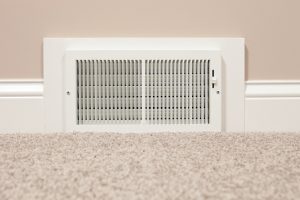 It probably goes without saying that your air conditioner is one of those appliances in your home that you rely on, and probably appreciate, the most. This is particularly true during the scorching and long summers we experience. With soaring temperatures and occasional humidity on top of it, we rely very heavily on these systems for a huge chunk of the year. So when you need Boerne, TX air conditioning services, you need them fast—and we’re the team to call!

In the meantime though, we’d like to talk a bit about one of the most common AC repair services we get called for, and that’s reduced airflow. That is—cool air that’s coming out of your vents but is just not as powerful as it should be. This may not seem like a huge issue at first, as long as you’re able to stay relatively cool, but the problem is that it causes your AC system to struggle and thus wear down much faster than normal. In addition, neglecting the problem means that whatever is causing the problem will only get worse. With that being said… END_OF_DOCUMENT_TOKEN_TO_BE_REPLACED 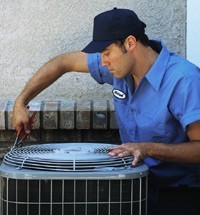 You don’t need to be able to predict the weather to know that San Antonio has a history of sweltering hot temperatures, that can become unbearable without efficient San Antonio air conditioning. Sufficient cooling is far more of a luxury in our parts—it’s a necessity. This is why you should make sure it gets professionally inspected and tuned-up each year.

Without routine AC maintenance, you have no hope of your home’s cooling system functioning at peak performance levels as reliably as you need it to. Air conditioners are mechanical systems, after all, and running them as hard as we do for as long as we do means it will accumulate some serious wear and tear over time. Let us maintain your cooling system so you can enjoy the comfort you deserve, this summer and beyond. END_OF_DOCUMENT_TOKEN_TO_BE_REPLACED

No, It’s Never Too Early for an AC Tune-Up! 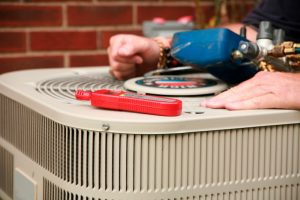 Temperatures are still on the cooler side for now, but we’re all very well aware of how when spring and summer hit, they hit hard. Is your air conditioner ready for the seasonal change? Now is the best time of year to arrange for your cooling system’s annual maintenance session (or biannual, if you have a heat pump) to make sure that it’s ready.

There’re a few San Antonio, TX air conditioning maintenance tasks you can, and should, handle on your own, such as swapping out your air filter every 1-3 months depending on the level of contaminants in your home. But full maintenance that actually helps your cooling system perform as best as it should needs to be left to professionally trained technician. END_OF_DOCUMENT_TOKEN_TO_BE_REPLACED

Consider This before Shutting Your AC Down for the Season 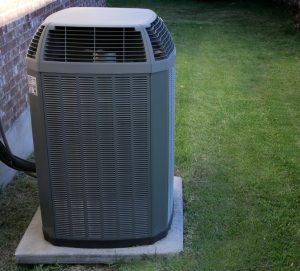 Temperatures might not be cooling down as much as they do in other parts of the country, but soon enough we’ll be able to give our air conditioning systems a little bit of a break and turn our attention to our heaters. Scheduling heating maintenance should definitely be on your to-do list, but that doesn’t mean you should ignore your AC just yet. When you think about all the work it goes through during our hotter months, it’s safe to assume it has accumulated some wear and tear.

During this time of the year, your AC system can face issues with system malfunctions, or can perform inefficiently as you use it during the end of fall. We have some advice to share with you that can help your cooling system get through the warmer temperatures we have left. Read on to learn more about our San Antonio, TX air conditioning tips, and don’t hesitate to give us a call when you need reliable AC services! END_OF_DOCUMENT_TOKEN_TO_BE_REPLACED

Is Your AC Working as Efficiently as Possible?

While other parts of the country begin gearing up for winter, by scheduling heating maintenance—an appointment you should get on your calendar soon too—among other tasks, most of us are still using our air conditioners on a daily basis. That being said, you’re likely sick of the warm weather and are probably tempted to set your thermostat as low as it will go to tolerate the heat.

Unfortunately, your air conditioner uses a lot of energy. In fact, it’s estimated that your HVAC systems account for half of all of your home’s energy use. Turning your thermostat down as low as it will go forces your AC to use even more undue energy, wearing down the system much faster. The good news is that there are methods in which you can keep yourself and your household occupants cool without using so much energy, and without sacrificing your comfort. END_OF_DOCUMENT_TOKEN_TO_BE_REPLACED

How does a SEER Rating Work?

Here in Canyon Lake, TX, this is the season for buying new air conditioners, and if yours is on its last legs, you might be in the market for an upgrade before our Texas heat gets going in earnest. Among the factors you should be studying is the new unit’s SEER rating, which measures the air conditioner’s efficiency. The tern stands for Seasonal Energy Efficiency Ratio, and if at all possible, you want to find a system with a rating higher than the system it’s replacing. Most SEER ratings sit between 13 and 18 these days. The higher the rating, the more efficient the system. But what does that mean exactly? Let’s take a look. END_OF_DOCUMENT_TOKEN_TO_BE_REPLACED